Walking up to the gleaming Palace of Three, Armistice could feel the hairs on the back of his neck stand up. No one was allowed past the white gate – what his grandfather had told him of his parentage must have been true.

Armistice had a normal childhood, at least by mid-world’s standards. Living within the country had taught him the true value of things: justice, vengeance, and power – in this order, specifically, he was told how to rise up in the world, to be a representative of the place where he came from. He didn’t want to disappoint his teachers. That’s why he walked past the gate, why he was told of his relation to one of the three. Armistice didn’t simply want power to control his own fate, he wanted to control the fates of everyone around him – no one could get in his way.

He was in front of the large marble door now – he could see the engravings of past revolts, with Vengeance coming down upon the masses with her fiery whip. Next to these revolts was Power, the weakest of the three (if you could even say that), dressed in his all black suit, he loomed over the world, taking power from the heads of nations, reigning it all into mid-world. Finally, when Armistice looked far enough up the massive door, he could see his mother, Justice, with her scales trying to balance out the shift in power that came from the revolts of man.

Now knowing that Justice was his mother, Armistice wanted to take her power for himself – but he needed to prove he was a worthy successor.

He pressed his palm flat against the cool marble and before he could put any weight down, the slab opened inward into the Hall of Three.

They were each sitting in their thrones. Vengeance on her throne of fire, poised like a lioness ready to take down a gazelle. Power on his throne of obsidian, looking at Armistice with indifference. Finally, in the middle, his mother, with her enormous copper throne that was constantly shifting – trying to kick her off. Justice itself, where his mother got her power from, was formless – one had to learn how to reign it in. If you weren’t able to, it would morph, turning into an ugly cousin, chaos.

“Son, I know why you are here.” His mother’s voice was just as he had imagined, cold, steely, and unfeeling – she knew no bias, she knew only justice. “Do not go down this path, for it only leads to Despair.” Armistice knew the price of his challenge – to go and be with Despair, in his sunken lair deep beneath the palace.

“I want to be Justice, mother.” Armistice responded.

With a flash of light, Armistice saw the scales appear, more grandiose than he could have imagined – one side the brightest ivory known to man, the other, dark matter pulled from the depth of a nebula – they seemed to swirl around each other in a never ending motion.

“Balance the scales, Armistice, and what I have shall forever be yours.”

He saw the scroll come down out thin air, rolling down to the floor, full of red text. He knew what it would say before he read it. The scroll was known to damn the guilty but release the innocent – it was a list that described all crimes that had happened, were happening, and what was going to happen. It was up to him to judge the people on the list justly.

He set to work – the first few judged were simple, a robber, an arsonist, and a rapist – each one more guilty than the last. As he pulled their name from the list, a miniature version of them appeared on the scale – he then placed on the other side their punishment. If they matched up, the scales would balance, with the damned miniature collecting the soul of their larger counterpart. The miniature, being designed to not disobey, would follow the punishment laid out.

Days went by, still the list remained. He implored to his mother, “Please, no more judgment, I have not rested and I have not eaten.” As she turned her gaze unto him, he could feel her disappointment. “You have but one left, why would you try and stop now?”

At this statement, Armistice was confused – the scroll had an impossible amount of writing on it before. Now, written in green ink was one name – his own.

“What shall you judge yourself guilty of now?” He saw the crime next to his name – releasing chaos into the world once more.

“But mother, I haven’t done anything of the sort – I’ve been an unquestioning disciple of the Three!”

“Judge, or be sent to Despair”

Armistice never saw anything of the sort happening, he didn’t want to fail and what was a greater failure than being sent to Despair, something that would happen if he judged wrong or didn’t judge at all.

The punishment Armistice chose was incorrect and he knew it – no one could harness the power of justice except for his mother. The palace shuddered and the crack where chaos had been sealed appeared in the door – a glowing seam that released horrors that Armistice couldn’t have dreamt of.
He, in defeat, walked to his mother, who placed a hand upon his shoulder and said in guidance,

“Know now what comes when simple men try and take power for themselves.”

The world was once again overrun with chaos and Armistice was cast down to Despair. 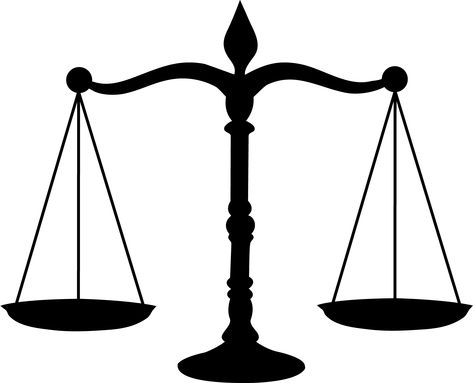 This was a loose retelling of Phaethon's Ride, where Phaethon, learning that his father was The Sun wanted to use his father's power, riding across the world/heavens, shining light upon everything. This was a fools errand that eventually led to Phaethon's death at the hands of an angry Zeus.

Popular posts from this blog 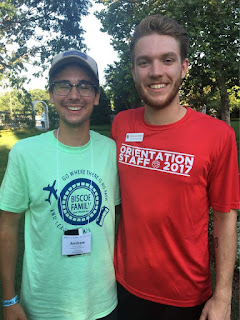 Hi! My name is Andrew Barton and I am currently a senior here at OU. My major is pre-medicine/biochemistry, so obviously this class is a little out of range from what I normally am taking during the semester. Right now, being a senior, I am applying to medical school. This is definitely not an easy process, but I am almost done with the application aspects of it. If I had to choose as to what medical school I could attend, it would be OU, since this is my home and I would be absolutely privileged to serve the community, especially where help is needed most.
This summer, I went on one vacation to Seacrest Beach in Florida. For the remainder of the summer, I took Quantitative Analysis here at OU. The class wasn’t too terrible – the only “bad” part of the class was that lab was four times a week from 10:30-1:20. Other than those two things, my summer was pretty relaxing.
I’m involved in a few student-led organizations at OU, with the primary one being Soonerthon. I have served on its …
Read more